Yvonamor Palix, a gallerist based in Houston, writes about my work for the exhibition Ailleurs/Elswhere (Residence of the French Consul General, Houston, Mai 2014):
"Her series that I have named Epuisee or in English Worn Out is a homage to the absurdity of the consumeristic rituals the modern world has created. This notion, however is absolved by the balance that human nature displays through the ultimate democratic egalitarian structure - recycling.      Through her desire to recycle an everyday found object, in this case discarded clothing, she leads us through the long production links created by mankind, a sort of Ariane's thread.   Her subject for this series -garments- are bought at a goodwill shop.   They become consumeristic reliquaries as they pass from one hand to another starting their lives in the production line of a third world factory, then the hands of a display designer at a high end fashion store. The garment is bought and worn perhaps once, perhaps several times, the owner then hands it down, donates it or discards it in sometimes almost perfect condition.  Ultimately the fate of these garments is to return somehow to the 3rd world after being sent to the goodwill where undoubtedly they will be bought and sometimes sold in bulk again to be sent to a 3rd world country where it originated, thus closing the circle of Ailleurs/Elsewhere. The idea of clothing having passed through so many hands, gives the actual garment  a life, a history a provenance finally giving it a true value.  Verstraeten treats these object with respect and delicacy as she puts her mark on them to preserve them as archaeological relics.  Her skillful printing process and her final gesture to finalize the chef d'oeuvre can be a sewn seem, a button or a tag, perhaps her way of ending the story of the garment with a small punctuation." 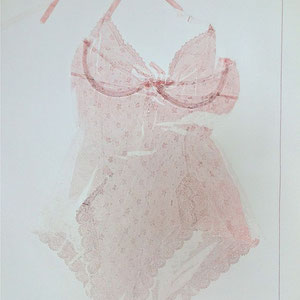 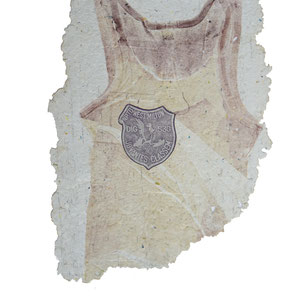 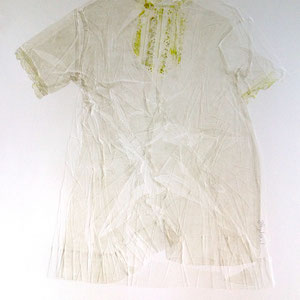 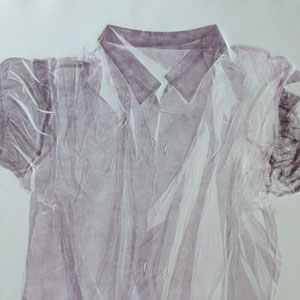 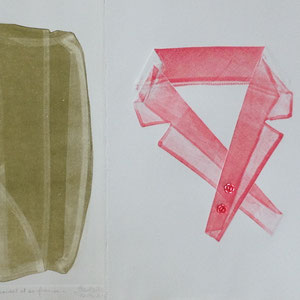 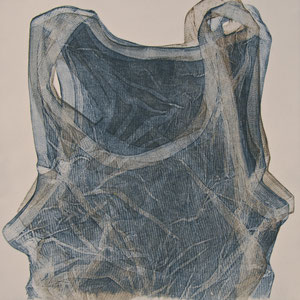 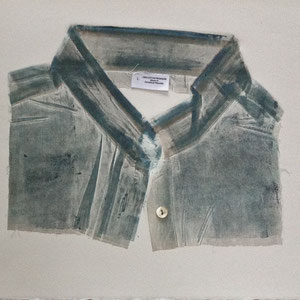 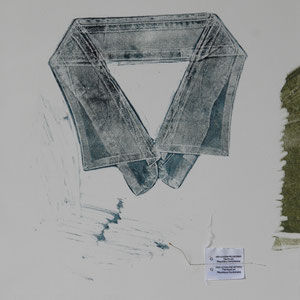 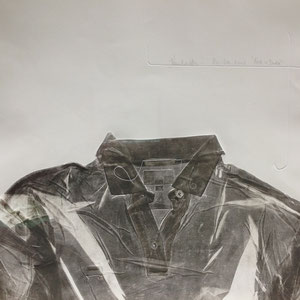 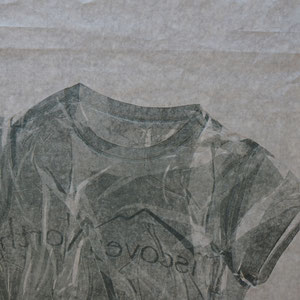