Concrete was laid over vast areas of coastal prairie that used to absorb the rain.
Rules are poorly enforced.
Five out of every six of Houstonians do not have flood insurance for their home.
Undocumented workers will help rebuild.
How to prepare for the next storm?
Extracts of different local news paper and testimonies, 8/2017 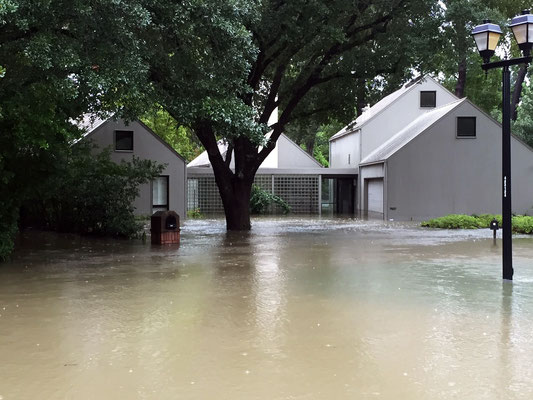 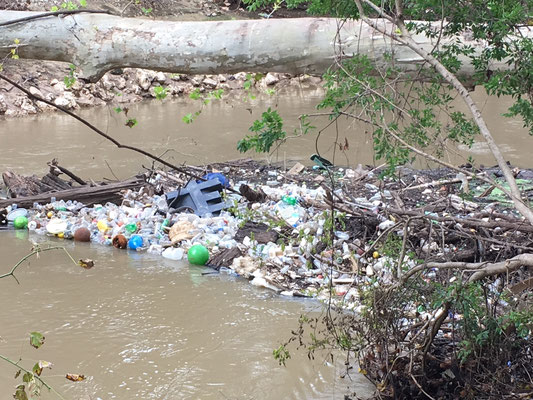 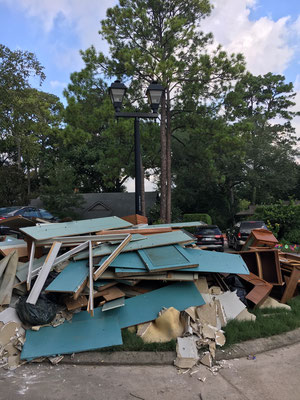 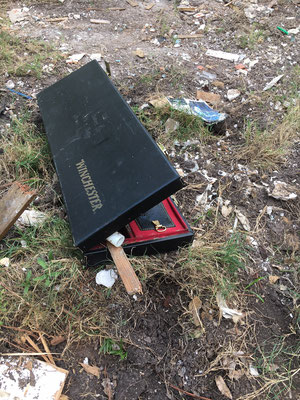 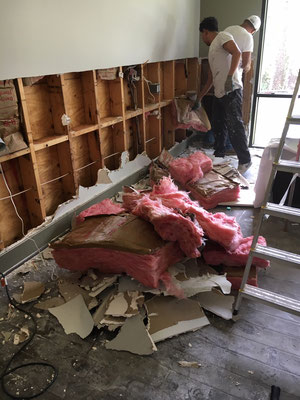 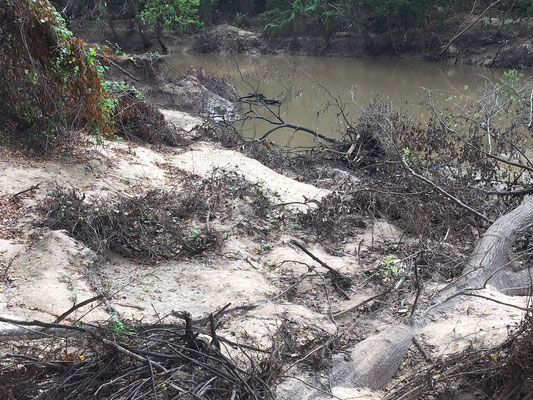 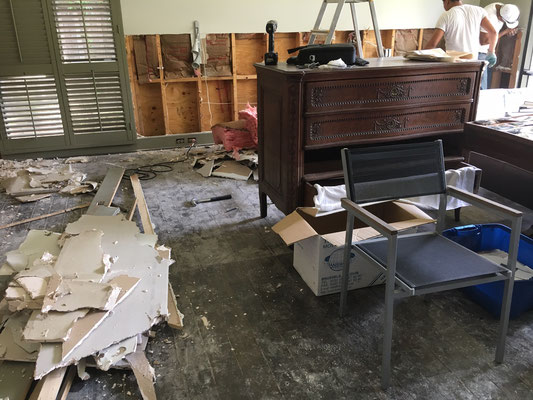 As for 300.000 constructions, the flood has devastated my garden, my house and its content. How better overcome the loss than by making Art with the debris and inviting 2 other artists to play with video and music in the void of the wreckage?

Dry feet, a night for relief is a combined project of several installations that I made on the premises of the house and video projections by the Argentinian artist and photographer, Pablo Gimenez Zapiola. 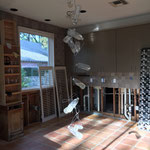 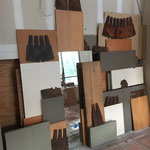 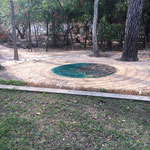 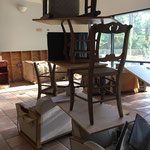 Pablo Gimenez Zapiola is a magician.

At night, with his simultaneous and moving projections, the house and my art are transformed in a visual poem. 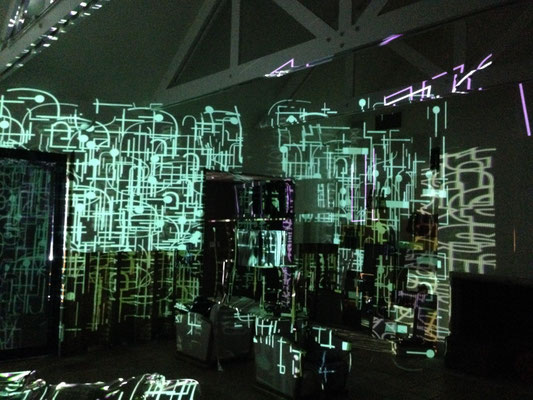 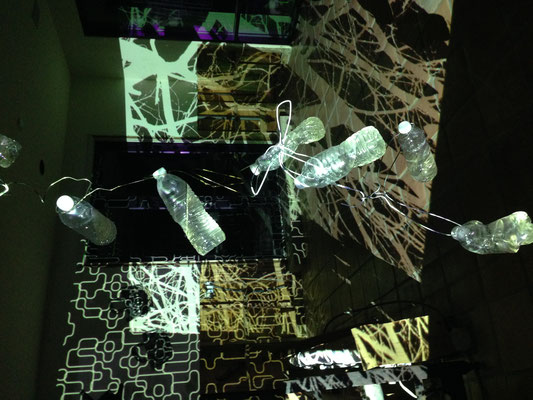 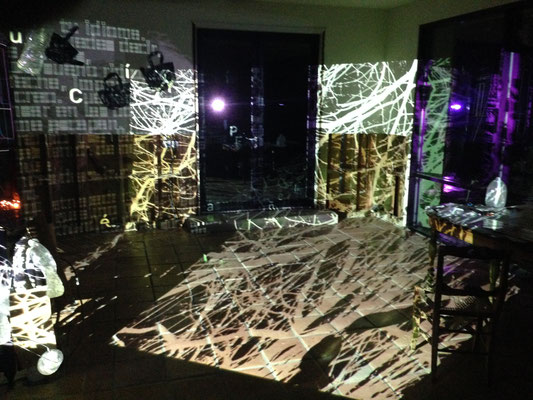 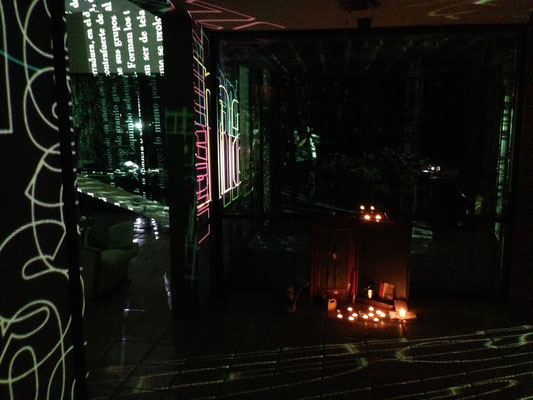